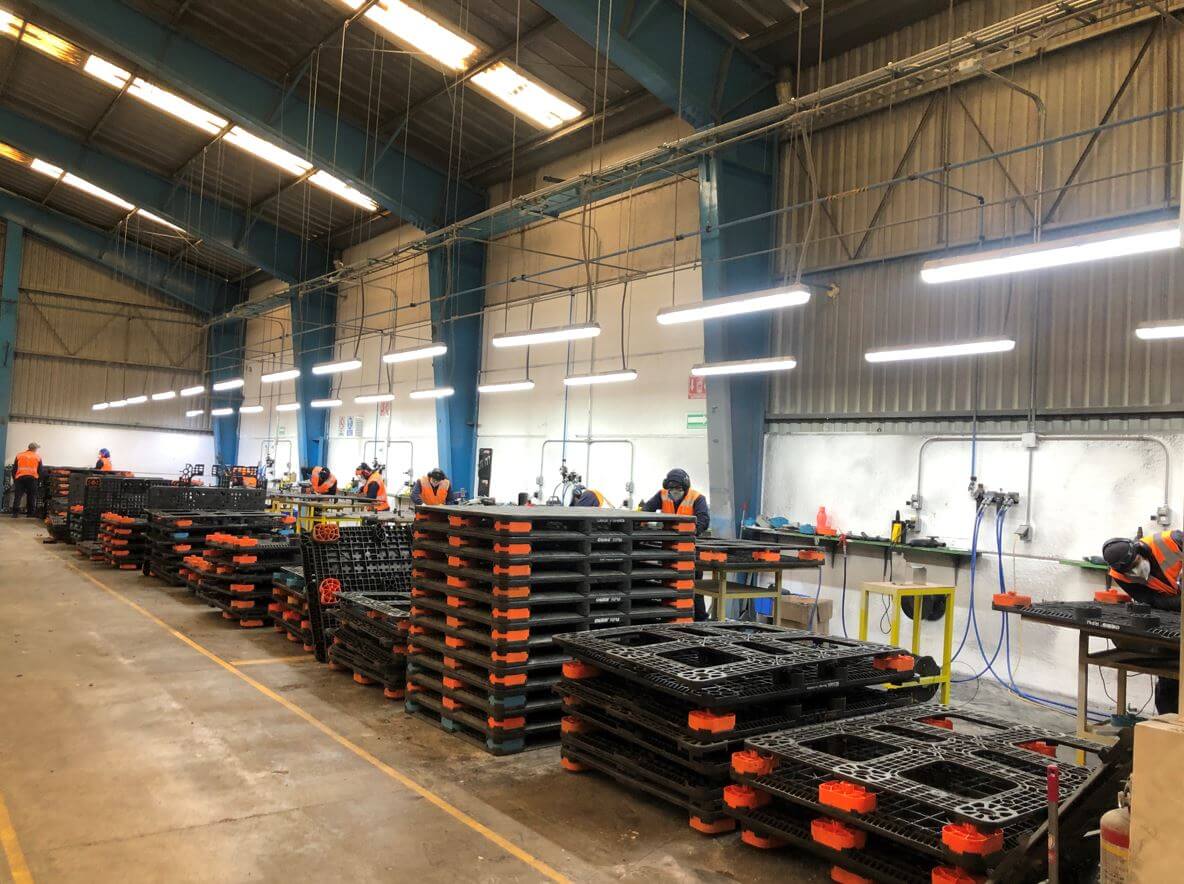 Navarre companies in Mexico, between uncertainty and confidence

The latest statements made by the President of Mexico, Andrés Manuel López Obrador, against Spanish companies have set off alarm bells.

“It will be convenient for Mexicans and Spaniards to pause in our relations”. This phrase of the President of Mexico, Andrés Manuel López Obrador, pronounced last February 10, although referring to energy and infrastructure companies, caused such a ‘tsunami’ in Spain that soon after he had to qualify his words. He said that there was no rupture, but he did insist on the need to distance Mexico from Spanish companies.

The nuance does not seem to have reassured Spanish companies. In the case of Navarre, the firms that are established in that country have received the message between uncertainty about how these words may affect them and the confidence that they will not have consequences for their business.

Plastic Repair System (PRS), dedicated to the repair of returnable plastic transport packaging, has had a delegation in Puebla since 2019 in which 20 people work. In this situation, one of the advantages it has over other companies established in that country is that ownership is shared with three local partners and that the director is also from Mexico. PRS maintains 65% control of the Mexican plant, while the rest is shared among the three local partners. But, even so, Toni Astibia, managing director of the company, thinks that the Mexican president’s statements generate “a lot of uncertainty in the companies that are there”. “Although the leader’s opinions are aimed at large corporations, such as Repsol, BBVA, Iberdrola…, it shows that he is obsessed with Spain”. Specifically, they are concerned because the Navarrese company plans to open a new branch in the north of the country, in Monterrey, with an investment of 400,000 euros and with an expected job creation of between 25 and 30 people. For this project they have the same three current local partners. “But López Obrador’s statements may generate doubts in the partners when it comes to choosing their investments and they may prefer not to do so in those of Spanish capital. And this worries us,” he added.

PRS celebrated its 10th anniversary in 2021. With offices in the Talluntxe industrial park, where it occupies nearly 2,000 square meters, it has a recycling plant in the Agustinos industrial park, where 18 people work. It also has offices in Lérida, with 14 workers, and in Valencia, with 12 jobs. This year they are working on opening branches in Portugal and the United Kingdom. The ownership of the company is distributed among three partners from Navarre and one from Biscay, who hold the majority, and the Gipuzkoa-based Easo Ventures fund. For this company, which had a turnover of 4 million euros in 2021, the Mexican market is important because, in addition to the fact that it represents a population three times that of Spain, with 130 million inhabitants, it is a country that represents the gateway to the USA. For PRS, this country accounts for 15% of its turnover. From Puebla, 200 kilometers from Mexico City, PRS works mainly for the food, beverage and automotive sectors. Customers in the latter sector include companies such as Allgaier, HBPO and SKF.

PRS’s business is part of the circular economy because, explains the manager, it repairs plastic containers, such as pallets, fruit crates or meat crates, which are used to transport automotive parts and aluminum beverage cans. After being repaired, they are reused by the customer. This recycling is positive for the country because it means savings in polluting emissions and savings for customers because, instead of recycling the material, they repair and reuse it. “It means a 70% saving for the customer compared to what it would cost to buy the product new,” adds the manager. In addition, he points out, “we transfer the technology and automation that we have here”.